No Widgets found in the Sidebar Alt!

The First AOS Judging to occur after the Pandemic closure in March 2020 happened at Swan Lake Christmas Hill Sanctuary on September 11, 2021. The judging team was small and sixteen plants were submitted for judging, many thanks to all who contributed plants. The Vancouver judging venue has not reopened yet so the October judging has been cancelled and the November judging will return to the Sanctuary on November 13th.

Plants exhibited (in no particular order):

The Victoria Orchid Society is a non-profit group of orchid enthusiasts from British Columbia, Canada, that was established in 1971. Our members range from the beginner grower to the expert hobbyist.

The Society meets 10 months per year to display our blooming plants and share information through informal discussion and featured talks with experts from all over the world.

Unfortunately due to COVID the VicOS is not running any shows. We hope everyone stays safe, and we will let you know when we are able to start up the shows again. 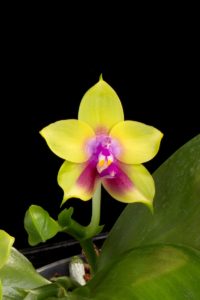